There are many benefits that can be achieved through microencapsulation. Knowing when to use this technology is key to formulating products that will be successful in the market.

Depending on the application, the shell can be made of wax, oil, gum, starch, or cellulose. Microencapsulation is a useful tool for food, beverage and supplement manufacturers. This technique allows you to create tiny particles by encasing functional ingredients—such as plant extracts, flavors, minerals, vitamins, amino acids, vegetable and marine oils, probiotics, and enzymes—in an outer coating.

Benefits of Microencapsulation for the Consumer:

As more and more consumers search for ways to address their nutritional needs, manufacturers can set themselves apart from the pack by offering fortified food, beverage and supplement options that utilize microencapsulation.

In recent study by the Hartman Group, 1 in 3 U.S. consumers indicated they looked for functional fortified foods and beverages to get nutritional ingredients into the diet. According to the same study, the top nutrients consumers look for in functional food & beverages is antioxidants, fiber, electrolytes, probiotics & Omega-3s.1

Supplement use is widespread as well, with the number one consumers take supplements is they are looking to receive a specific benefit or result. Ensuring format and taste meets consumer expectations is important for this category. Over 40% indicate easy to swallow as their most important feature for choosing supplements, followed by dosage, cost and shelf-stability.1

Offering products that are specifically formulated to incorporate these nutritional ingredients & consumer preferences effectively can help you differentiate your product offerings to the consumer. 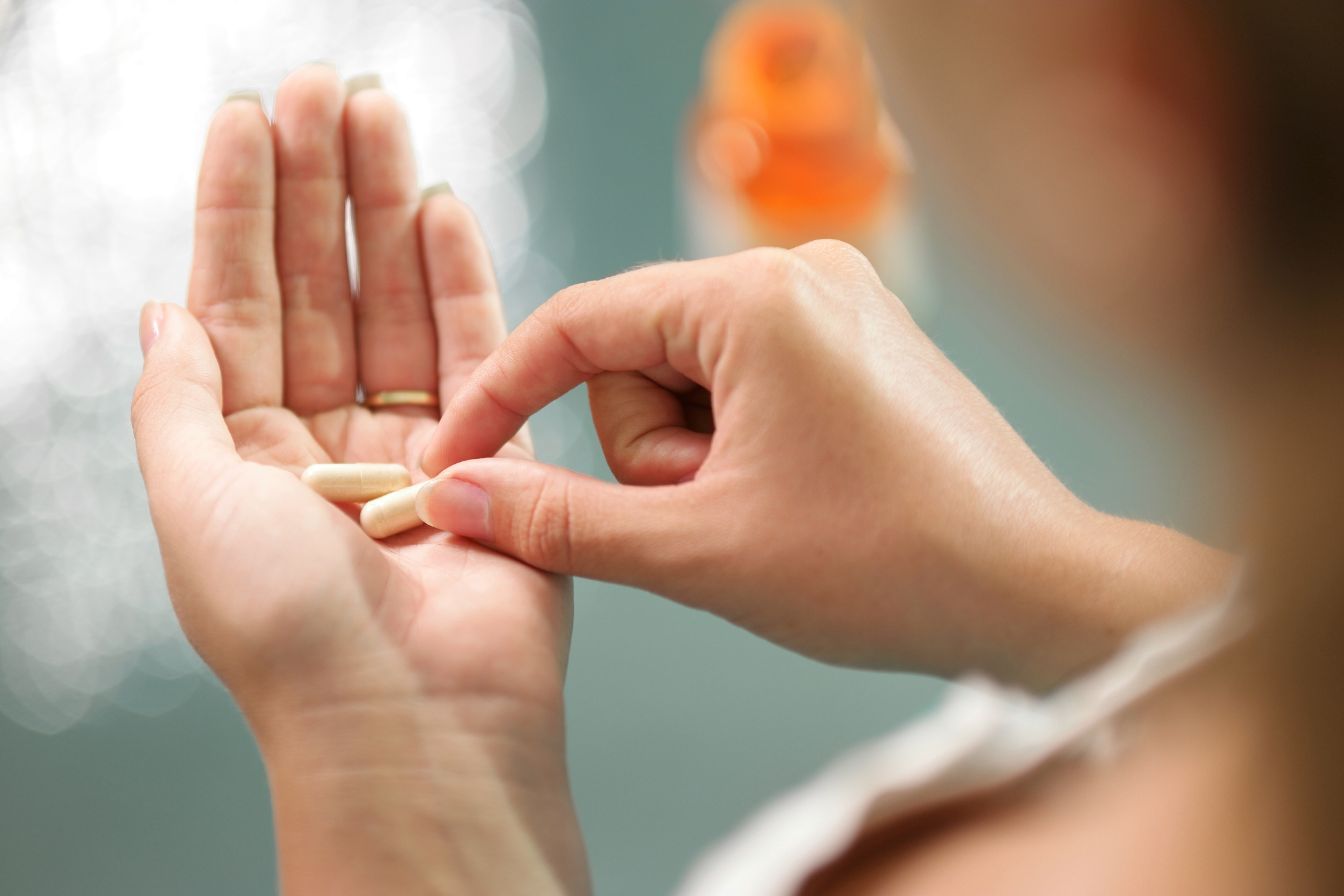 Flavor and odor masking of ingredients for foods and supplements

One of the first benefits that most people think of when they think of microencapsulation is flavor-masking. Masking the off-flavors associated with some nutrients is essential. The products we fortify, first and foremost, must taste good—otherwise, no one will eat them. By coating the vitamins and minerals that have objectionable flavors, we can minimize their impact on the flavor profile of the finished product, both for foods and chewable supplements.

Perhaps this is most evident in fortified Nutrition Bars, where typically 25% to 40% of the DV, for 20 or more vitamins and minerals, are incorporated into a bar weighing less than 2 ounces. A typical fortified nutrition bar or meal-replacement bar would taste terrible if microencapsulation were not used to mask the off-flavors of certain nutrients. The same holds true for Children’s Chewable Vitamins. Microencapsulation masks the flavor of the nutrients, so all that the children can taste are the fruit flavors.

Along these same lines is odor-masking. Imagine how unappealing a meal-replacement bar would be if it smelled of vitamins when you opened the foil wrapper. Microencapsulation is effective in masking the undesirable odors associated with many nutrients.

Benefits of Microencapsulation for the Manufacturer

Protection of nutrients for increased stability

So far, we’ve been reviewing benefits that impact consumer appeal. But there are also benefits that impact costs for the manufacturer, and make fortified foods more economical for the end consumer. One of the most important benefits of microencapsulation is improving the stability of nutrients, preventing ingredient interactions and degradation. The coating matrix effectively separates particles and prevents them from contacting each other. It also protects them from moisture and oxygen, extending the product’s shelf life.

The improved nutrient stability achieved through microencapsulation also means that the nutrient levels in a product can be precisely controlled.

Microencapsulation offers cost savings, too. The process lets manufacturers measure and deliver precise levels of a desired nutrient. It can also reduce the need for overages—including more of a nutrient in a product to compensate for expected losses in nutrient potency that happen in processing. Encapsulating protects nutrients and reduces loss, creating significant cost savings over time. Encapsulating also ensures the stability, bioavailability, delivery, and effectiveness of these nutrients in medical foods and meal-replacement products.

Controlled release in the body and during processing

The release mechanism may be a change in pH or temperature, the introduction of a chemical agent, the application of pressure, or an increase in moisture level. For example, flavors can be released during chewing.

An important application of controlled release during processing is the use of microencapsulated sorbic acid in baking. Sorbic Acid 50%, which is encapsulated with vegetable oil, is used in the baking industry as a shelf-life extender to prevent mold growth.

For certain products, such as medical foods and nutraceuticals, product effectiveness is closely regulated. Microencapsulation is critical for these types of products to ensure optimal nutrient stability, delivery, and bioavailability.

Ease of handling in production

At Glanbia Nutritionals the Watson tradition continues, allowing us to draw on the extensive years of expertise in microencapsulation to provide you with solutions to create great-tasting functional products that meet shelf-life requirements. We provide a robust portfolio of microencapsulated ingredients to the food, beverage and supplement industries. Contact us for more information on how our microencapsulation technologies can benefit your next product formulation.