What are the biggest trends you are seeing in plant-based nutrition at the moment?

As well as beverages, there has been a steep rise in product launches for non-dairy yoghurts, plant-based snacks, and meat analogues in the last two years. It is reflective of strong market growth that it is not only start-up companies launching plant-based products, but traditional dairy brands too, as they look to meet significant increases in demand.

Do you think the clean label trend has partly driven plant-based nutrition?

The clean label trend has been an important driver in the continued popularity of plant-based nutrition, with discerning consumers increasingly checking labels before they buy their favourite products. In just the past two or three years, we have seen a shift towards more ‘natural’ plant-based products, which has further helped drive growth in the sector. As well as clean label, we are seeing a rise in people switching to plant-based food and beverages as a low or no allergen alternative. For example, those who are lactose-intolerant, or simply looking to reduce the amount of dairy in their diets, are choosing options to support their gut health.

Sustainability also continues to be a key consideration in buying behaviour. Not only do plant-based products benefit from no animal ingredients, but they often use environmentally friendly packaging, too – an important draw for increasingly eco-conscious consumers. 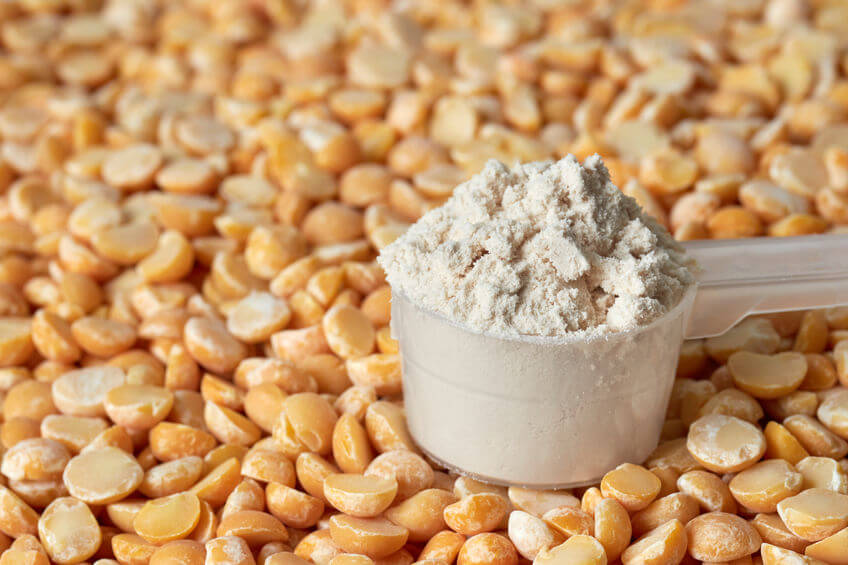 What are consumers looking for in their plant-based products and how has this changed over recent years?

Health remains an important reason why many consumers are turning to plant-based products, as they are perceived as being healthier than many alternatives. Claims such as no/reduced sugar, high-protein, high-fibre, or vitamin and mineral fortified have grown in recent years – particularly with emerging sectors like plant-based ice cream and frozen desserts.

Thanks to recent improvements in formulations, the quality of plant-based foods and beverages has increased significantly in recent years – helping to encourage more consumers to sample products they may not usually buy. Plant-based burgers are a great example of this; innovations in this area have led to the development of tasty, juicy options comprising meat analogues, with the same – or improved – nutritional values compared to real meat burgers. Indeed, plant-based food and beverages are now seen as excellent options, rather than a simple replacement for dairy or meat alternatives. While historically plant-based products have often relied on artificial ingredients to mask flavours or improve textures, more natural replacements are gaining traction with manufacturers aimed at premium positioning. Again, this is in line with the trend for less processed products and the demand for cleaner labels.

Pea protein has grown in popularity recently as consumers have become more aware of the shortfalls of alternatives, such as soya. Although soya was frequently the ingredient of choice for plant-based food and beverages, it has become increasingly recognised as less sustainable than other options. Pea protein is now readily available and producers across the world have invested in further expansion, allowing rising consumer demands to be met.

In addition, oats have become widely used as a base in many plant-based products, thanks to their creamy texture, neutral flavour, nutrition benefits and low environmental impact. We have seen significant growth in oats in the formulation of non-dairy food and beverages, such as yoghurt drinks, thanks to their ability to improve the taste and texture of finished products. The neutral taste also allows additional ingredients like pre- and probiotics, fibre, and other functional gut health ingredients to be incorporated, for those seeking a healthy and balanced digestive system.

What plant proteins do you think will be the next big thing?

Plant-based proteins that offer specific health benefits, such as hemp protein, look set to grow in the coming years. There is still progress to be made, however, before hemp protein becomes more widely used – concerns remain about the lack of clear regulation in EMEA. Mung bean proteins are also receiving growing interest from consumers, but there are growing issues on the ingredient’s availability across the globe, as well as its suitability in formulation. Whatever the next up-and-coming ingredient is, we can be sure that there will be a continued shift towards innovative, great-tasting plant-based products.

What role does Glanbia Nutritionals play in plant-based nutrition? Why should customers come to you for help?

Our strength lies in improving the functionality of plant-based ingredients for a wide range of applications. For instance, Glanbia Nutritionals developed the BarHarvest™ range to help formulate high-protein plant-based bars without compromising taste or texture. We also offer an extensive range of plant-based products, including gluten-free oat flours, flax and chia solutions, which have been specifically designed for beverage, snack & bakery applications.

While traditionally plant-based ingredients have presented a challenge in formulation, our plant-based portfolio is easy-to-use in application and we strive to ensure our ingredient impart pleasant taste and excellent mouthfeel. Standard oat flour, for example, congeals at a certain temperature due to the starches present – resulting in increased gelatinization and increased viscosity. Glanbia Nutritionals’ BevOat Low Viscosity has been designed with ready-to-drink (RTD) beverages in mind, helping to meet growing demand for great-tasting plant-based products.