What Is Cheese Fondue?

Popular during the winter months, cheese fondue is a traditional Swiss melted cheese dip served in a heated fondue pot (or caquelon). One pot serves multiple people, who gather around it to dip cubes of white bread into the hot cheese with their long fondue forks. With ingredients that include Swiss cheeses and wine, cheese fondue is known for its rich flavor and creamy texture and can be enjoyed as an appetizer or a main course.

A Brief History of Cheese Fondue

Throughout time people have loved cheese, especially luscious, melted cheese. The origins of cheese fondue can be traced back to a 1699 Swiss cookbook that contained a recipe called Kass mit Wein zu kochen—meaning "to cook cheese with wine." This recipe mixed wine with grated cheese to make a dip that could be used with bread.

The name “cheese fondue” (or fondue de fromage) appeared later in a 1773 French cookbook with the recipe Fondue de Fromage, aux Truffes Fraiches, a recipe for cheese souffle with truffles. Not until 1875 was a recipe published for the melted cheese dip itself, though by then cheese fondue had become a popular Swiss dish. Fondue reached America in 1964 by way of the World’s Fair in New York where it was first served at the Swiss Pavilion. 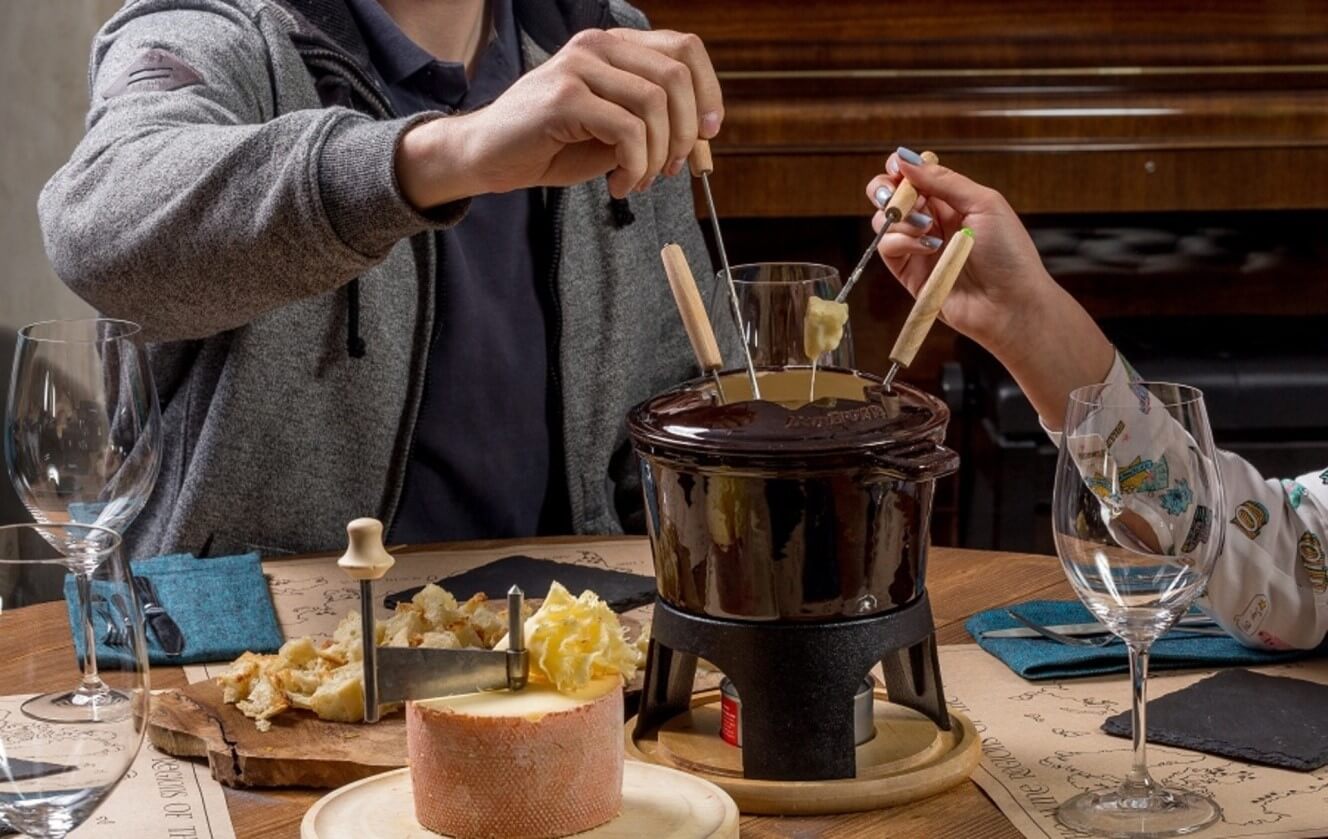 To become a true fondue aficionado, there are some fun facts you should know:

Tips for Hosting a Fondue Party

Cheese fondue is the ultimate social dish and the perfect opportunity to catch up with loved ones, laugh, and enjoy some cheesy goodness. This National Cheese Fondue Day, celebrate with your very own fondue party using these tips:

National Cheese Fondue Day and other National Food Holidays are a great way for food brands to excite and delight consumers with fun food ideas. As one of the leading cheese manufacturers globally, Glanbia offers brands a variety of traditional and innovative cheeses for every occasion. From spicy cheeses to organic cheeses to protein and vitamin D cheeses, our products are sure to make your next cheese-inspired dish delicious!

An in-depth review of natural claims and how they relate to dairy.
Insights

Innovations in Cheese: What's Trending in 2021?

Nutritious and delicious, cheese has helped support consumers through the past year in a variety of ways—from its use in favorite comfort foods to its role as a…
Insights

What's Next for the Cheese Market?

Last year saw high growth in retail cheese as consumers stayed at home during the pandemic. As things return to normal, what lies ahead for the cheese market?
Featured Content

Discover one of the most popular cheese types of the world.
Featured Content

Celebrating American Cheese Month in May

This May, celebrate our country’s cheese producers and all things cheese for American Cheese Month. Learn about American cheeses and get inspired by some...