The Science Behind Texture Preference

Food science researchers at the Understanding and Insight Group have begun to unravel the mystery of consumer texture preferences. Their fascinating research, published in the Journal of Food Science and Nutrition, lays out a model that categorizes people into four different “mouth behavior groups”: Crunchers, Chewers, Smooshers, and Suckers.1

A variety of experiments and survey questions led to the discovery of these different innate texture preferences. Crunchers and Chewers were identified as those who like to use their teeth to break down food. However, they differ in that Crunchers are more forceful and prefer foods that fracture on biting, whereas Chewers prefer foods that don’t fracture but allow them to chew for a while.

By contrast, Smooshers and Suckers tend to use the tongue to press food against the roof of the mouth. Smooshers prefer doing this with soft foods, while Suckers like hard foods that last longer in the mouth. These preferences, however, don’t mean people won’t use the other mouth behaviors for certain foods. So while Smooshers might often choose foods that can be smooshed, there may still be certain foods they prefer to crunch. 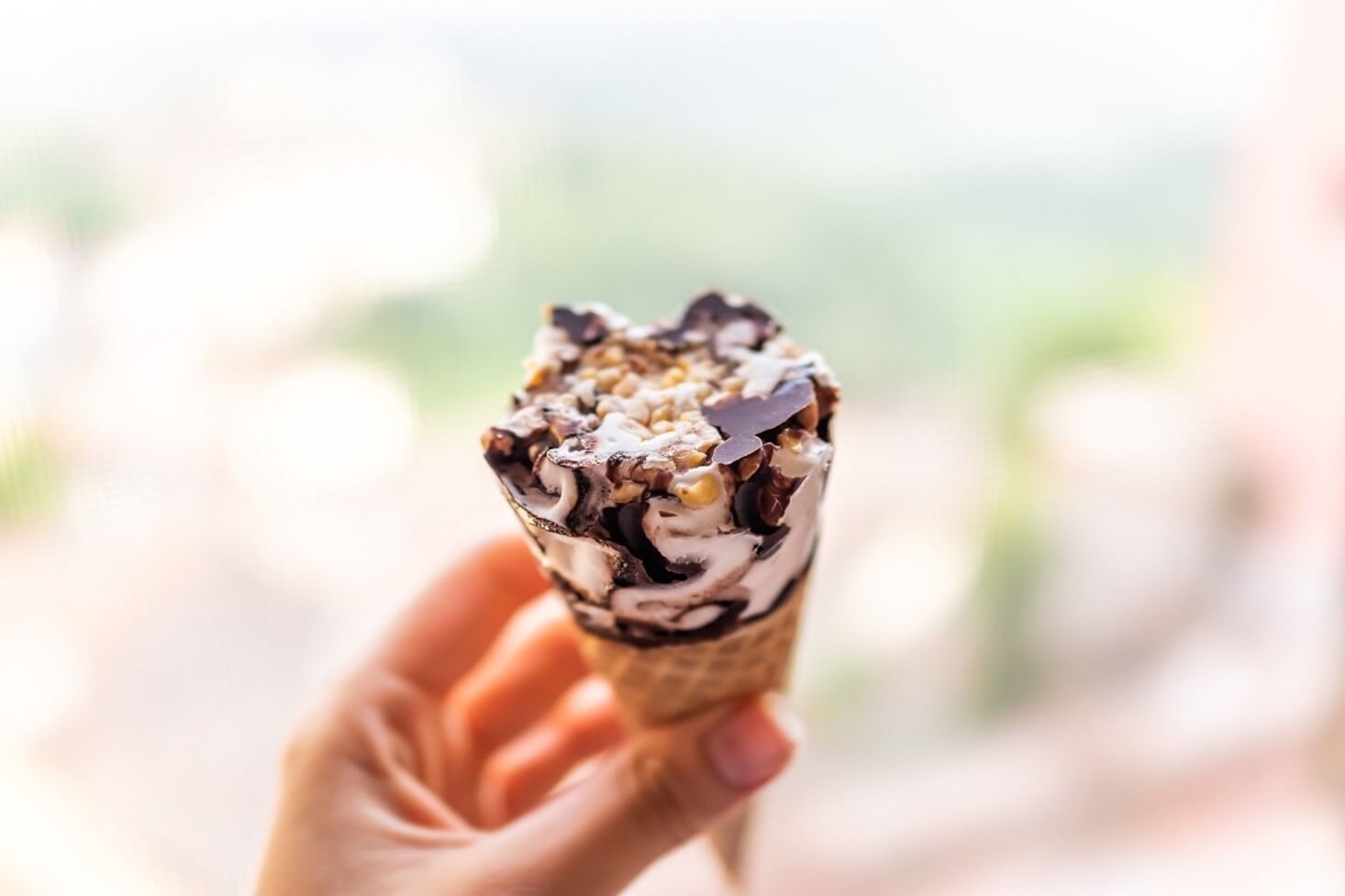 A crunchy texture undoubtedly plays a major role in the appeal of certain food categories such as salty and savory snacks, which saw strong growth last year as at-home snacking rose during the pandemic lockdown. Crunchy snacks like chips, crackers, and pretzels are an intuitive snack choice for Crunchers and can be a fun experience for others, as well.
In addition, this preference plays out in categories that include a wide variety of textures. For example, the researchers found that Crunchers preferred hard, crunchy cookies and granola bars over the softer versions.

While Crunchers would likely choose a crunchy or crispy breakfast cereal over a soft cereal like oatmeal, if they do have oatmeal, they’re more likely to add a crunchy topping or mix-in like nuts. They also prefer ice cream that contains crunchy pieces.

Why We Crave Crunchy Foods

There is something uniquely special about foods that crunch: they engage an additional sense that lets us “eat with our ears.” Some researchers are exploring this fundamental aspect of crunchy foods more closely and have found some consumers simply delight in the way crunchy foods sound, not just the way they feel in the mouth.
Sound provides heightened engagement with the food that can lead to a more satisfying eating experience. For certain types of foods, there is actually an expectation of crunch, and not experiencing it leads to let-down. In addition, consumers often associate crunchiness with freshness—whether it’s a piece of celery or a potato chip.

Adding some crunch to a product is a simple way to appeal to all the Crunchers out there. But it also elevates the eating occasion for all consumers by providing an engaging multisensory experience.

Glanbia Nutritionals’  Crunchie™ Protein Crisps & Bites can provide this experience in products ranging from nutrition bars to snacks and cereals while also adding protein. Crunchie Crisps are available as milk or whey protein-based and small in size, making them perfect for inclusion into many bars and snacks. Crunchie Bites are available as milk protein-based in a larger size that makes them perfect for use as a cereal or snack. Just season or coat and you’re ready to go.

For the high-protein snacks consumers are looking for that also deliver on crunch, contact us and learn more about using Crunchie™ Protein Crisps & Bites in your products.

Our protein expertise fueled the development of solutions for extrusion.
Nutrition Solution

With a wide range of functional and nutritional ingredient solutions, along with established formulation and application expertise, we’ll help you create snacks…
Insights

The Opportunity for Savory High-Protein Snacking