The Tastes of Pear and Ginger

Pears are a versatile fruit due to the many varieties available and distinct flavors they impart. However, when most people think of pear flavor, it’s usually a Bartlett pear they imagine. This is the classic pear flavor that’s usually accompanied by a smooth, juicy mouthfeel.

And while Bartletts are a delicious choice, you can reach for D’Anjou pears if you want a citrus note or Boscs for a hint of cinnamon and nutmeg. Concorde pears have a distinct vanilla taste and pair well with cheese, while the red Starkrimson pear is known for its floral flavor and aroma. Round Asian pears, which go well with Asian condiments like soy sauce and five-spice powder, are known for their melon taste.

Ginger, on the other hand, can be thought of as having essentially two different flavor profiles—one when fresh and another when dry. Fresh ginger is bright, sweet, and peppery, with citrus and floral notes. Dried ginger is warm, spicy, more earthy, and less aromatic.

Though we may refer to it as ginger root, ginger is actually not a root at all but a rhizome—a horizontal stem that runs underground. This rhizome is associated with a number of ancient healing traditions, particularly in Asia. For example, in India, ginger is one of the most important ingredients in Ayurvedic medicine, where it’s associated with healthy digestion and circulation.

How These Flavors are Used Today

Ginger’s association with healing benefits has helped support its continued use in herbal teas and tonics, where it’s often paired with honey or lemon. Ginger is also used in beverages primarily for its sweet and spicy flavor—as in ginger ale, ginger beer, and even ginger kombucha.

In its dried form, ginger adds warmth and aromatic spiciness to baked goods and gives ginger snaps and gingerbread their characteristic flavor. Fresh ginger is used widely in Asian cuisines, especially in sauces, stir-fries, and curries. Fresh ginger can also be simmered in sugar to make candied ginger.

Pear is a fruit less commonly used than apple but one that can be used in many of the same ways—for example, in fruit desserts such as cobblers and tarts. Like apples, pears can be baked (or even grilled) and served with vanilla ice cream. Pears are also used to make the alcoholic beverage perry (the pear-based version of hard apple cider). 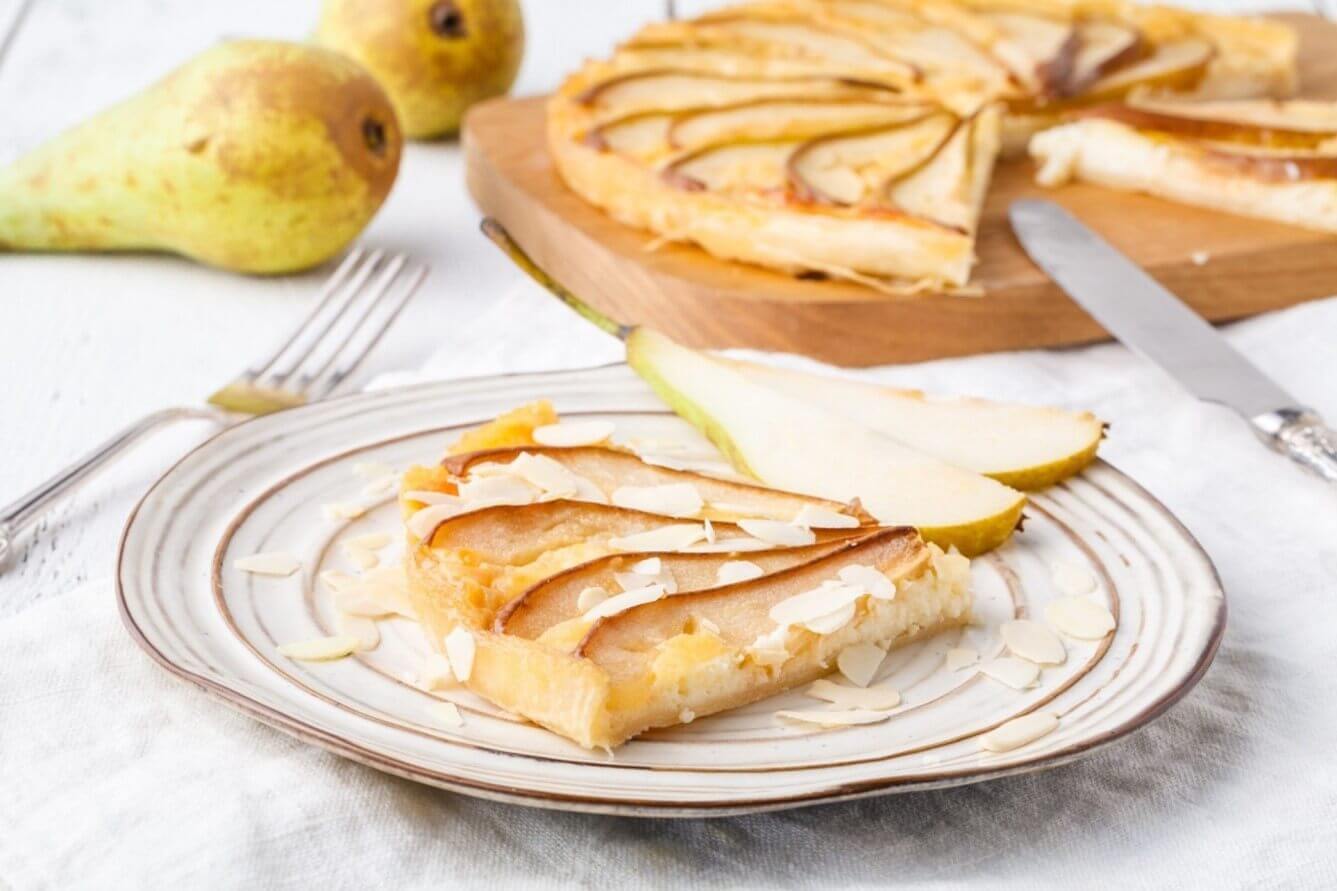 More recently, pear is showing up in upscale restaurants to add a sophisticated fruit note and tartness to savory meat dishes. Pear is also featured in some salads, either as a topping of pear slices or a drizzle of pear vinaigrette. Pear goes well with many cheeses and can also be blended with other fruits as in fruit cocktails.

Ginger and pear have been appearing together most prominently in baking, as a twist on the traditional apple-cinnamon combination. These next-gen baked goods include ginger pear crumbles, crisps, cakes, and pies. The classic complementary flavors are still used—vanilla, butter, and sweet brown notes from brown sugar or maple syrup. Walnuts and pecans are also popular additions to ginger pear baked goods.

Next-gen flavors like ginger pear are a sure way to grab consumers’ attention and offer a little taste adventure without straying too far from the familiar. Imagine where ginger pear flavor could take your next product. Learn more about our flavor solutions and be inspired!