The Origins of Yogurt

Yogurt is believed to have first appeared somewhere around 5,000 to 10,000 years ago during the Neolithic period when farming began. Archeological evidence includes pots from this period that were used to store milk. The fermentation of milk into yogurt was likely something that occurred naturally, especially in warm climates. Yogurt was found to be safe, tasty, and nourishing and was embraced by ancient civilizations in Asia, Europe, and the Middle East.

The ASPAC and LATAM yogurt markets are known for their high proportion of drinkable yogurts (64% and 51%, respectively), while the EMEA and North America yogurt markets are dominated by spoonable yogurt (78% and 89%).4 Danone Groupe remains the global leader in yogurt with a 15% market share, but Yakult is the leading brand with 5% of brand share.5 The top fifteen brands make up 54% of the global yogurt market, with Yakult, Ambrosial, and Just Yoghurt leading in drinking yogurt and Activia, Danone, and Yoplait leading in spoonable yogurt.6

To address the needs of today’s consumers and drive growth in the yogurt market, it’s essential that manufacturers are aware of the most important yogurt trends underway:

High-protein yogurt is increasingly in demand as a better-for-you snack that offers satiety and sustained energy. More than three in four global active consumers say they use high-protein yogurt as a snack, and almost one in three indicated a rise in consumption recently.9 In the European market alone, new yogurt launches with added or high-protein claims quadrupled between 2014 and 2020, growing from 3% to 13%.10 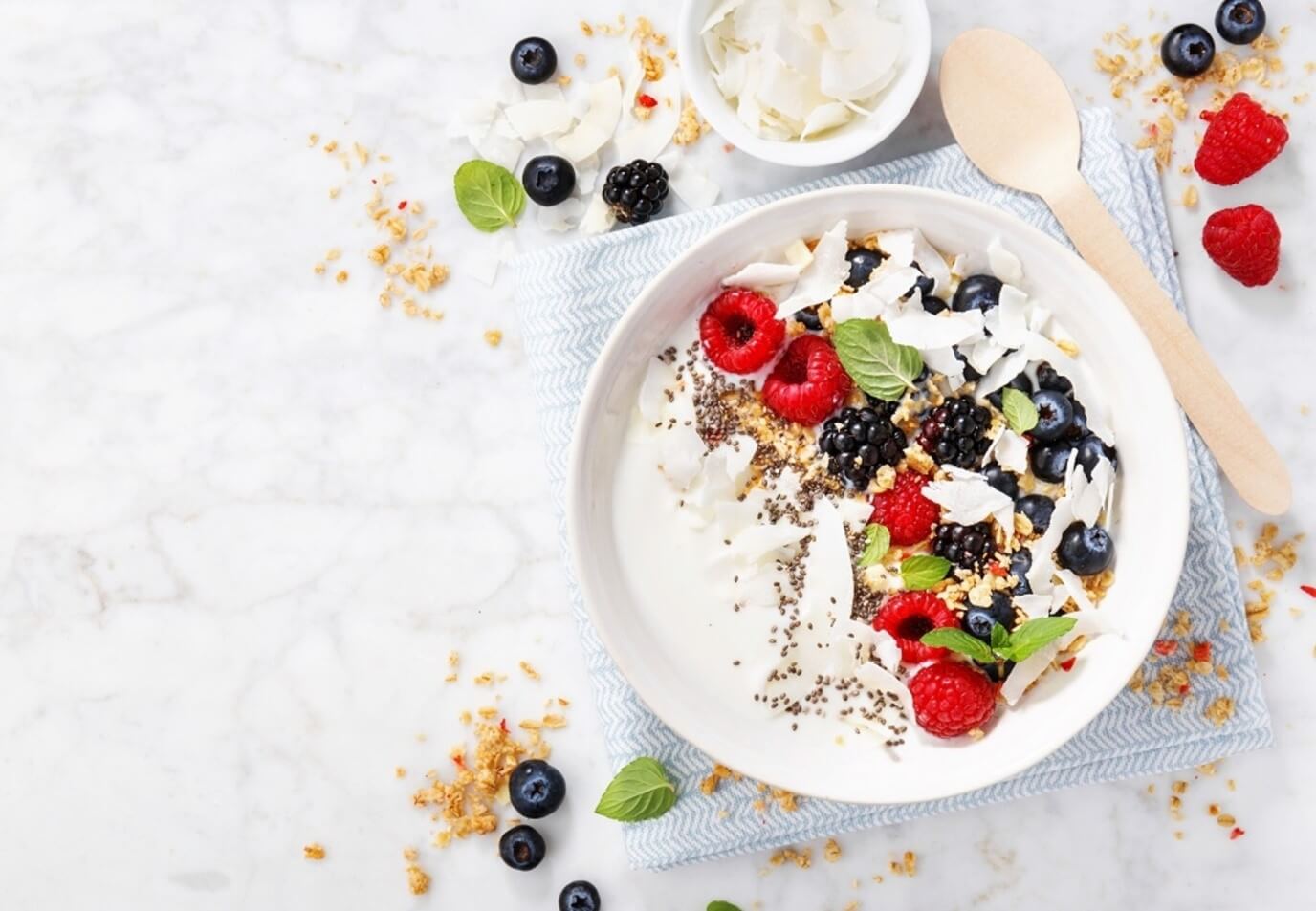 Yogurt high in protein with low fat and no added sugar is proving to be the winning formula, with this combination showing the highest purchase intent among UK consumers.11 One in four of the high-protein spoonable yogurts launched globally 2020 featured a reduced/no/low-fat claim, while no added sugar claims for new high-protein yogurts more than doubled from 2015 to 2020.12

Drinkable yogurts that offer fortified indulgence are also on the rise. A prime example is Danone’s ProFuel, a cultured dairy beverage fortified with protein and caffeine from coffeeberry extract. ProFuel offers not only a nutritious source of energy, but several indulgent flavors to choose from—including Strawberry Banana, Peach, Mixed Berry, and Vanilla.

Whether a company is looking to tap into Asia’s fast-growing yogurt market or boost declining sales in more developed markets, keeping a close eye on the trends of today is key to offering the formats, flavors, and ingredients consumers want. Glanbia Nutritionals’ dairy solutions include proteins and nutrient premixes to meet today’s needs for even healthier dairy products.

Contact us to learn more about our wide range of dairy solutions.

Yogurt Trends to Watch in 2021

The Most Popular Yogurt Flavors

Since flavor is a major driver in yogurt choice, understanding today’s most popular and emerging yogurt flavors is key to grabbing consumers’ attention.
Insights

Growth in plant-based and flexitarian lifestyles is spurring innovation in dairy staples like yogurt, with plant-based yogurt a top trend to watch for 2021…
Insights

Today we celebrate the #essential workers in the dairy industry who are working hard to support yogurt demand during COVID-19. See what it takes for these…